It has been hard to not “spill the beans” these past two weeks, but I can now officially announce that…

I will be publishing another e-songbook!!

Wooo! It felt good to finally let go of all that contained excitement!!

I was truly blown-away by all of the kind feedback on my last songbook (see the first one, here) and I can’t thank everyone enough for their support!  One of those supporters  was Ana Paula Mumy, a speech-language pathologist.  She approached me with the idea of making a songbook together and after much brainstorming, “Listen, Sing, Speak: Children’s Songs for Speech, Language & Hearing Goals” was created!

Question: How will this next e-songbook be different than the last one?

Answer: All-new lyrics, songs, visuals, and ideas!  However, this collection will focus on specifically on speech, language and hearing goals.

Want to see a sneak peak of the cover? 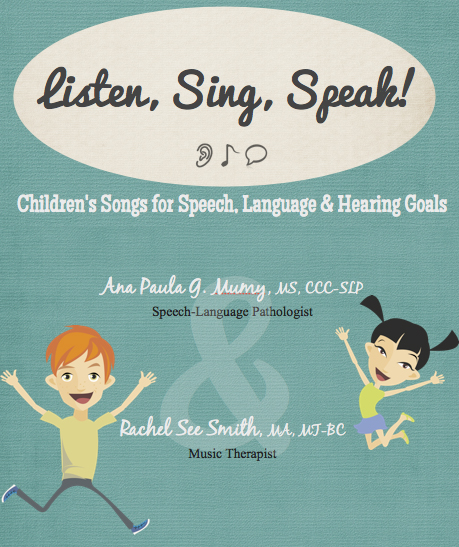 Here are all of the exciting tidbits about the soon-to-be released e-songbook:

Want to know more about Ana Paula and myself?  Click on our “meet the authors” page below! 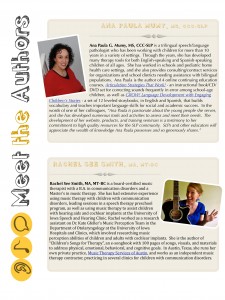 Click above to see the "Meet the Authors" Page!